Role
Design Lead, User Research, 3D Animations, Scene Design, Backend Development
Tools
Unity, Blender,
Javascript, Socket.io
Collaborators
Yuanyuan Wang
(2D Animations, Sound)
Jacky Chen
(Unity Developer)
Chenhe Zhang
(Music)
Tushar Goyal,
Yuguang Zhang
(Performer)
Time
September - December, 2019
Forwardis a collective music rhythm game shown on New York IAC’s big screens. Over 100 players follow the instructions to make music together, creating an immersive way of storytelling and performance.
Problem Space
This year, the key word for IAC Big Screen Show is 'interaction'. We came up with the idea to let over 100 audience play a rhythm game together and push the main character to move forward.
How can we get over 100 players play the rhythm game together in front of an extra long screen? How should we design the interactions, story and interface for the game?
Interactions Research
We tested different ways of sound making including using sticks, hands and feet, finding it most engaging to use players' own body as the instrument. To make the experience more diverse, we have two levels including three ways to make music beat:
Level One: Clapping, Stamping
Level Two: Heart Beat

We also tested how hard the game should be when it comes to a large scale and designed the beat to the most comfortable zone.

Story Design
Inspired by the history of whale hunting and the nature beauty of whalefall, the game happens in a world that people are hunting, eating and making use of whales. One day, the little drummer worked in a hotel met the soul of a whale who failed to escape from the control of human-beings. He tried to bring the soul back to the ocean and began his journey. 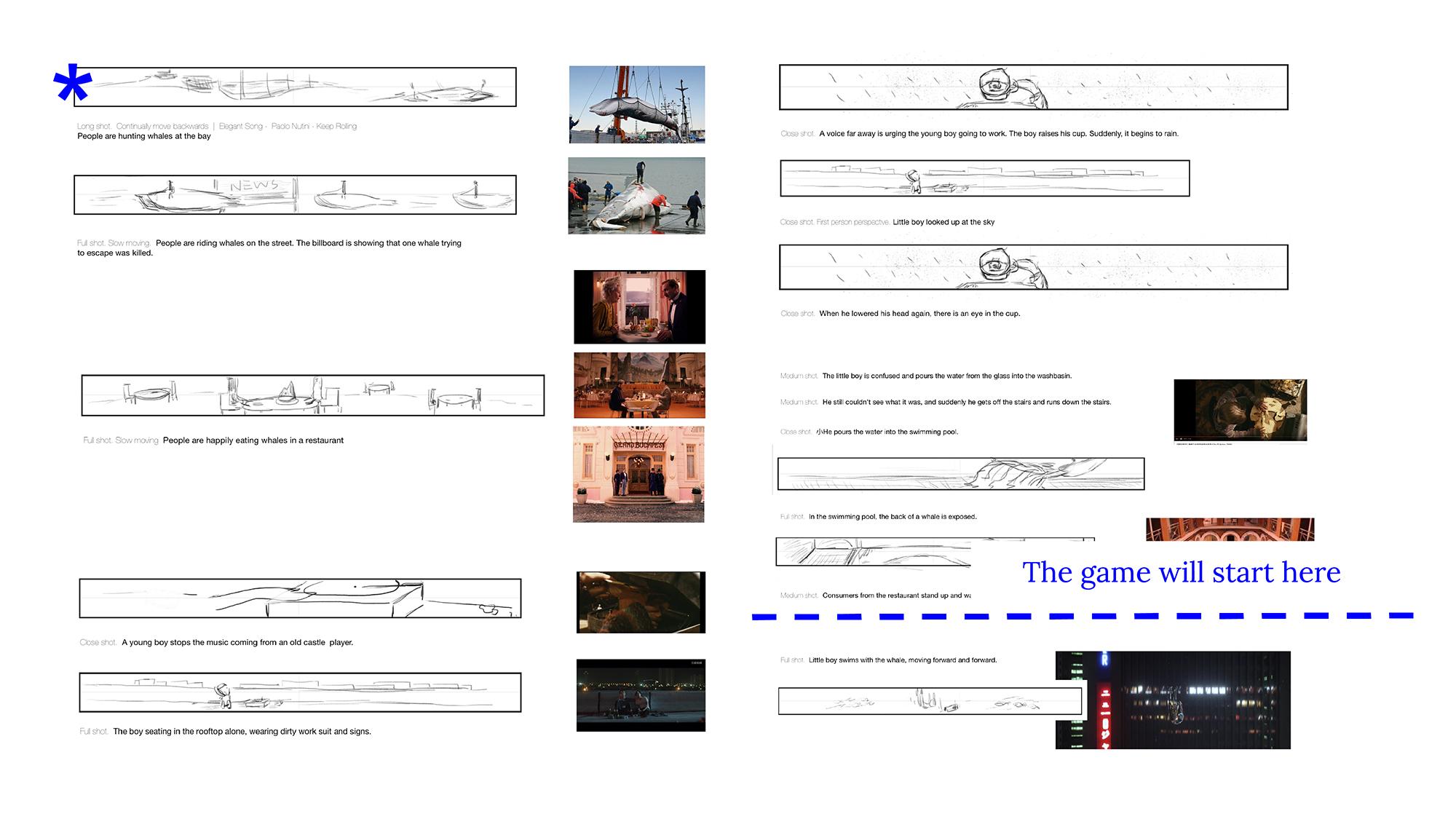 The main character is a little drummer. The material is made and exported from Blender while the body movements are made in Maximo. 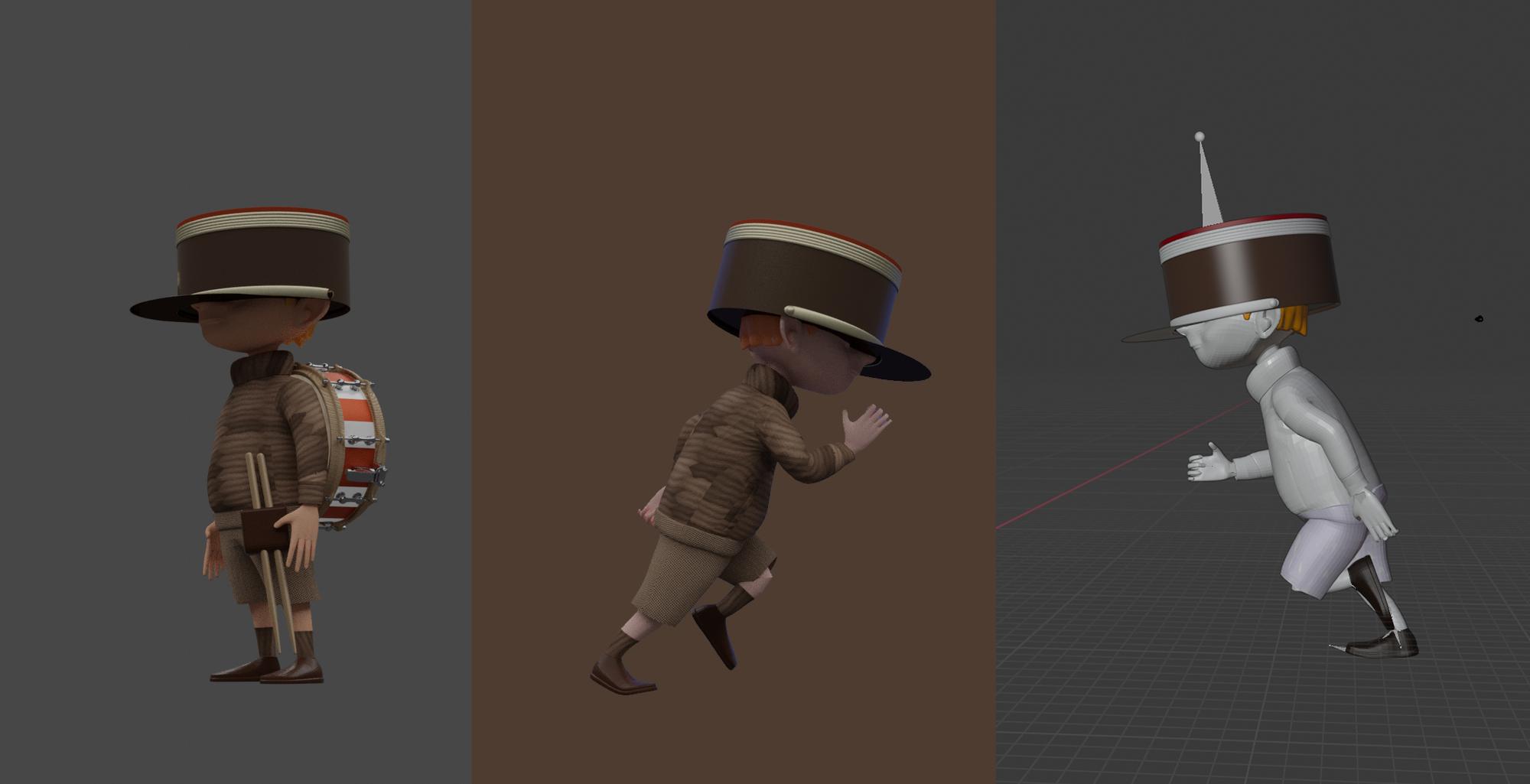 Interface Design
The resolution of IAC Big Screen is 7624x690. The extra long ratio of the screen make it hard for all the audience to have the same watching experience. We test different versions of the interface design.

In version one, the music notes are coming from two sides of the screen as big blocks. The visual cue is clear but it lacks an immersive feeling for the audience.

So we decided to move forward with the plan of occupying the screen with multiple visual cues as each cue is designed into a component.
‍
There are altogether three kinds of cues:
(1) Red: Clapping
(2) Green: Stamping
(3) Blue: Heartbeat
‍
We give players tutorial first and later different cues are appeared in different chapters to build up a dynamic sound.

Live Control
The computer running the unity game application is remote from the audience. To get live control of the game, such as switching scene, pausing the game and giving negative feedback when players failed to match the beat, we designed the web remote control interface and connected it with unity using web socket. 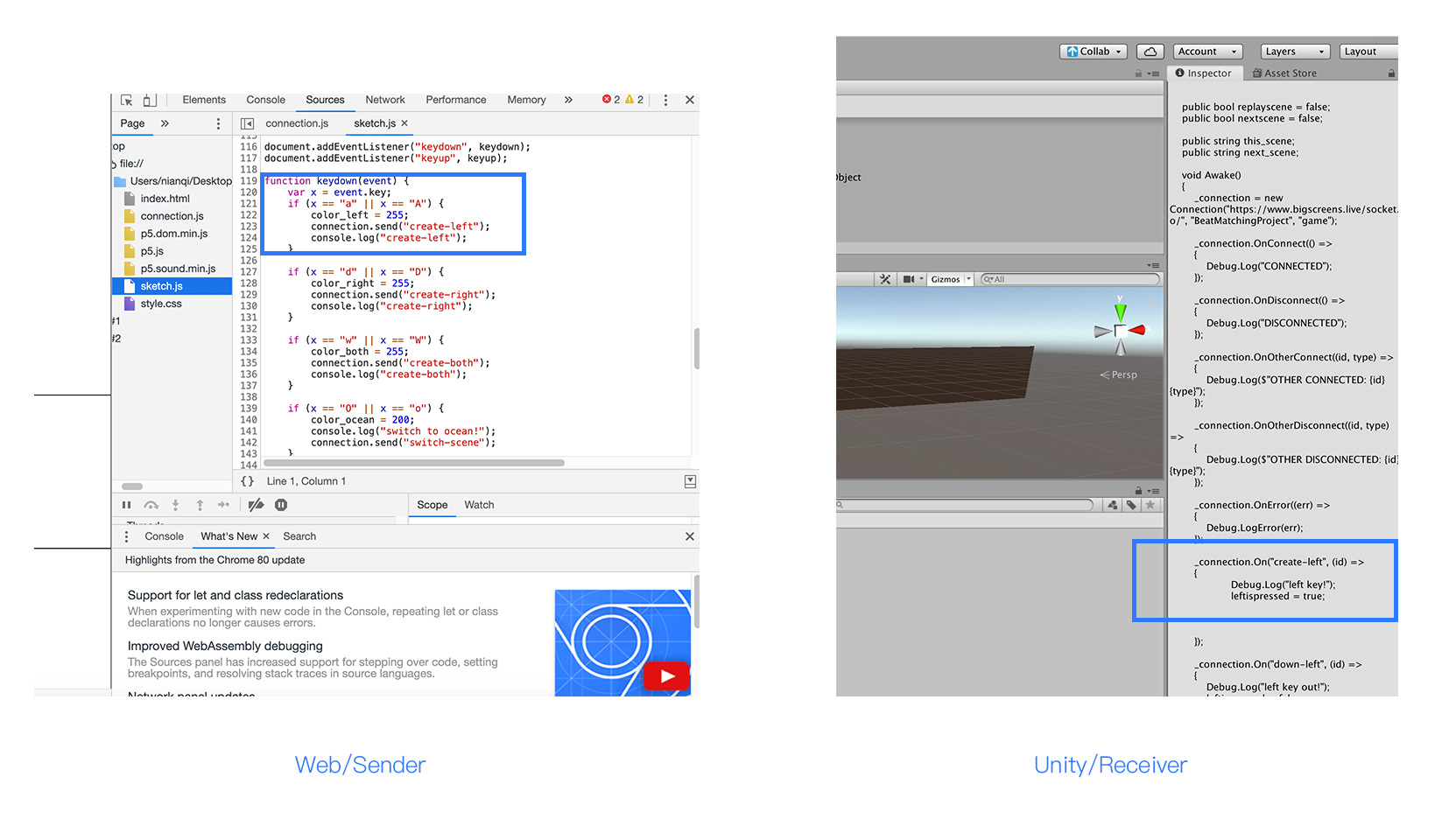 Unity Animations and Scene Render
I bring the assets into Unity and arrange the animation and rendering with timeline arrangement and post processing. ( With one scene rendered in Blender) 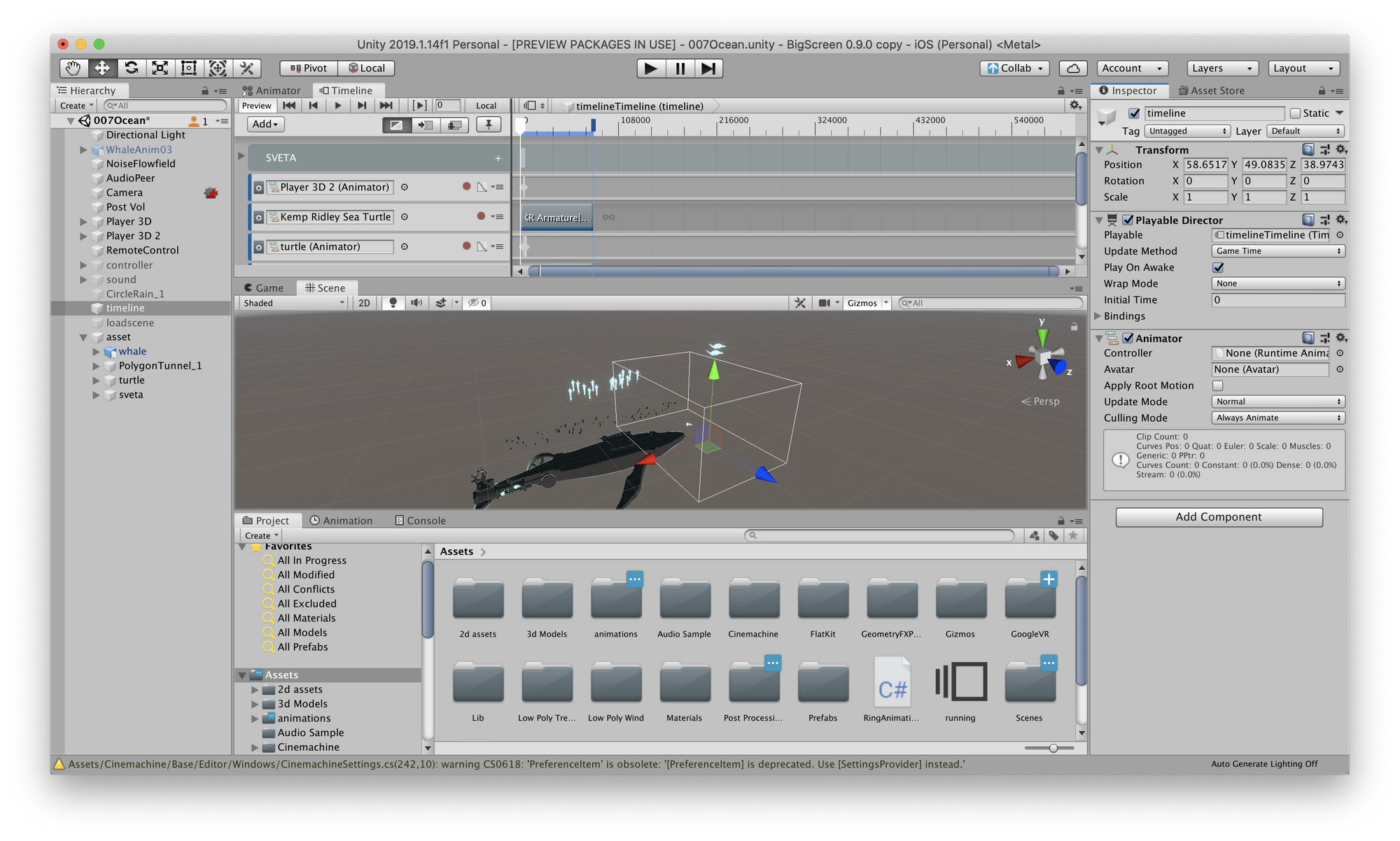 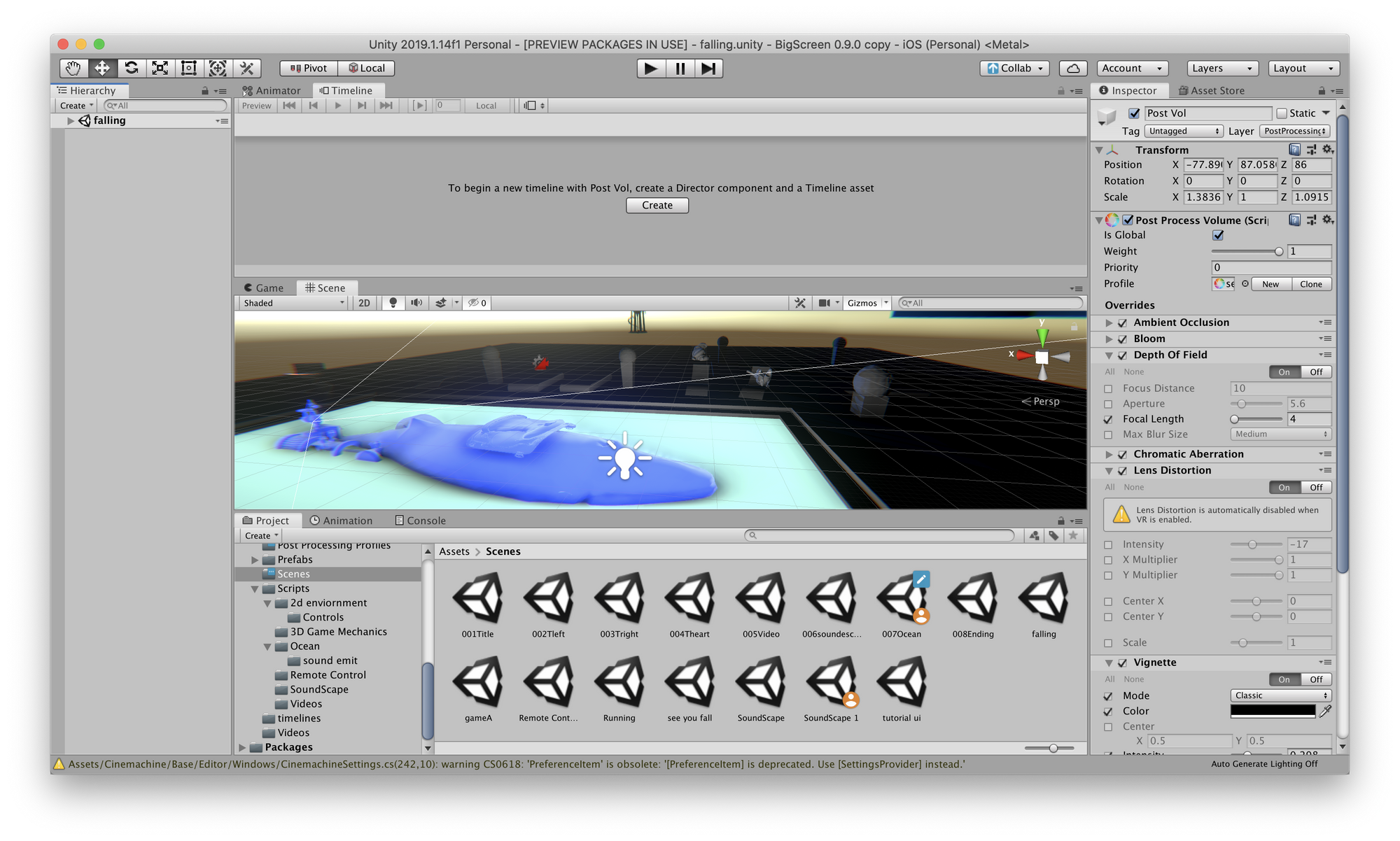