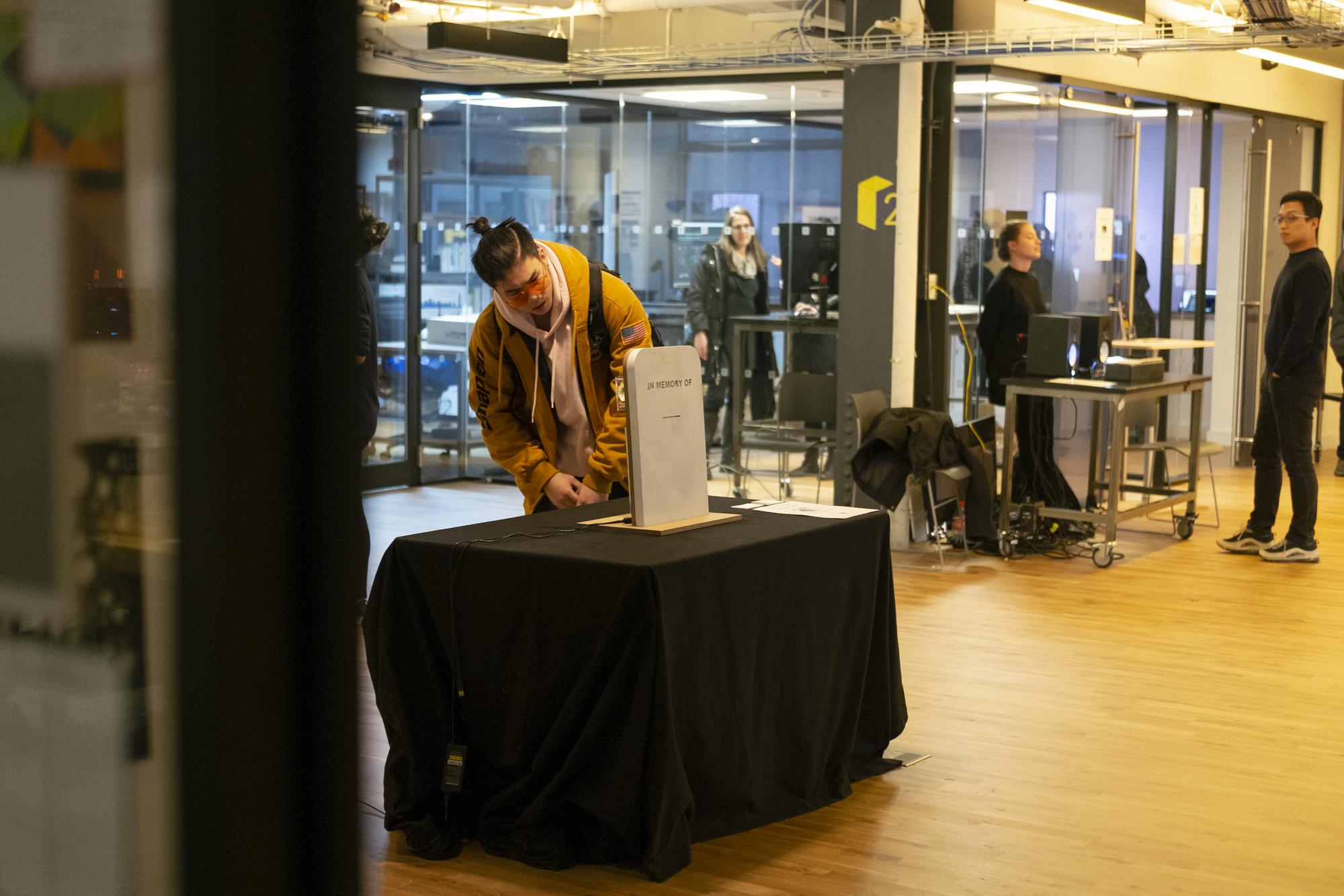 Tools
CNC, Laser Cut, Arduino
Time
November - December, 2019
Partner
Tianyi Xie
Behind the tombis an interactive installtion that use magnet to build and question the shape of life. What is behind the tomb? Who is controlling the time after death?
We might be familiar with the front the tomb. However, what’s behind the tomb? When people passed away, they lost the explanation to their identity, letting time and people visiting them to define their life. We find the material of ferrofluid as a symbol of the unpredicted instance of death and make it move according to time and sound.

We design and laser cut the transparent gear mechanism and  power it using Arduino, leading the movement of ferrofluid. We used CNC to cut the wood as the front surface of the tombstone.
‍ 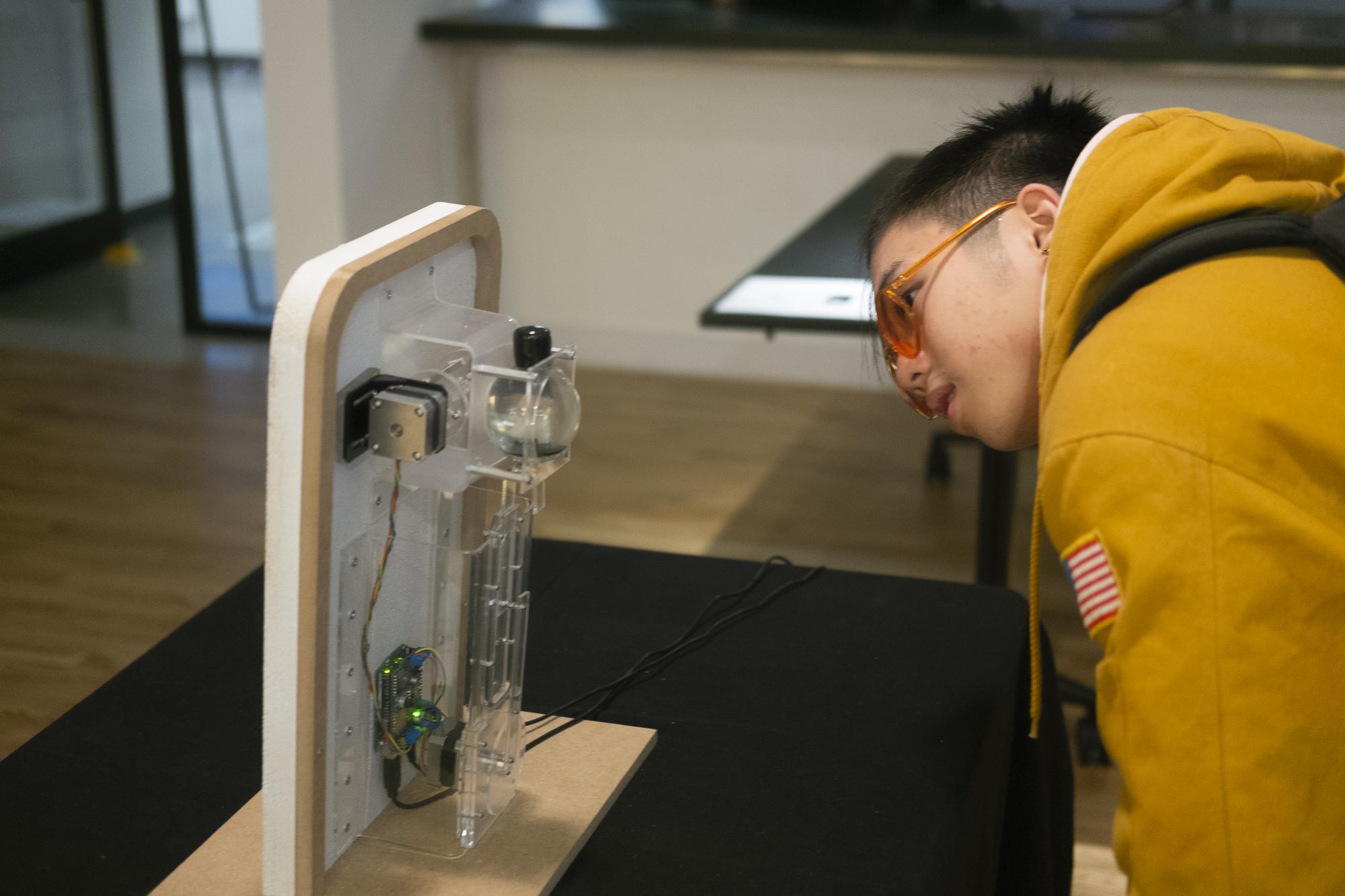